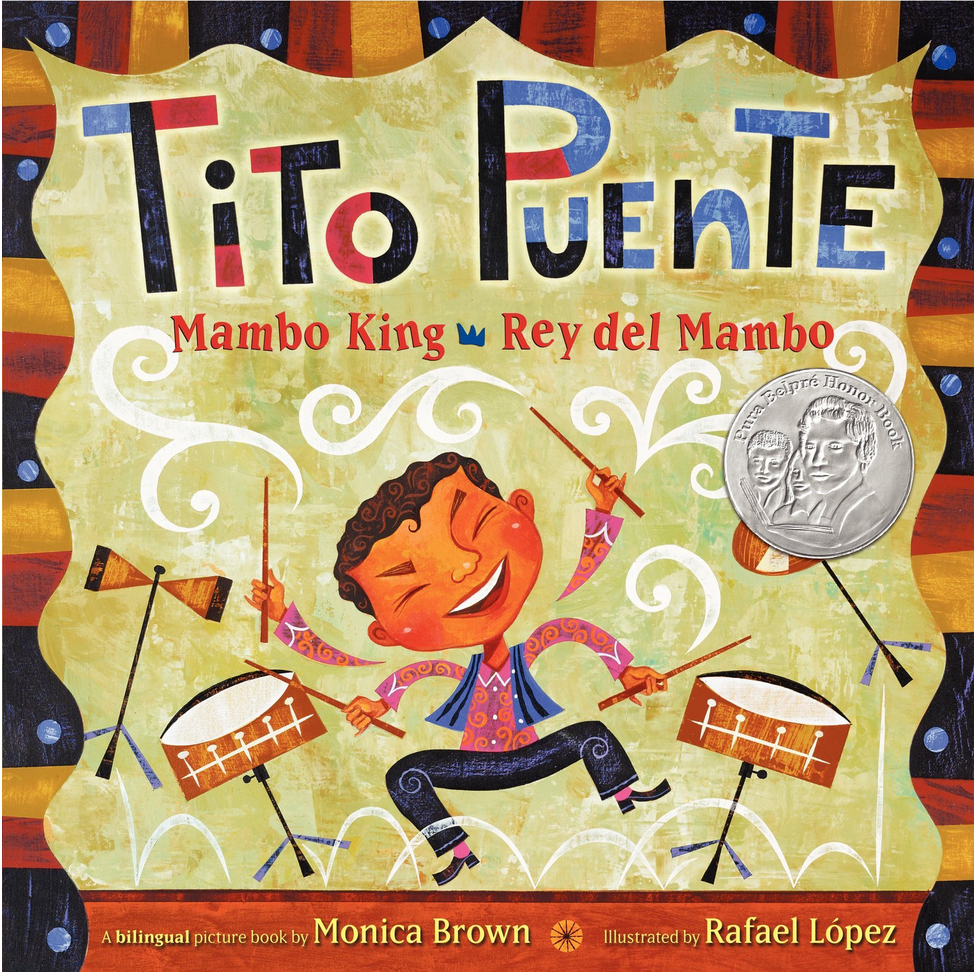 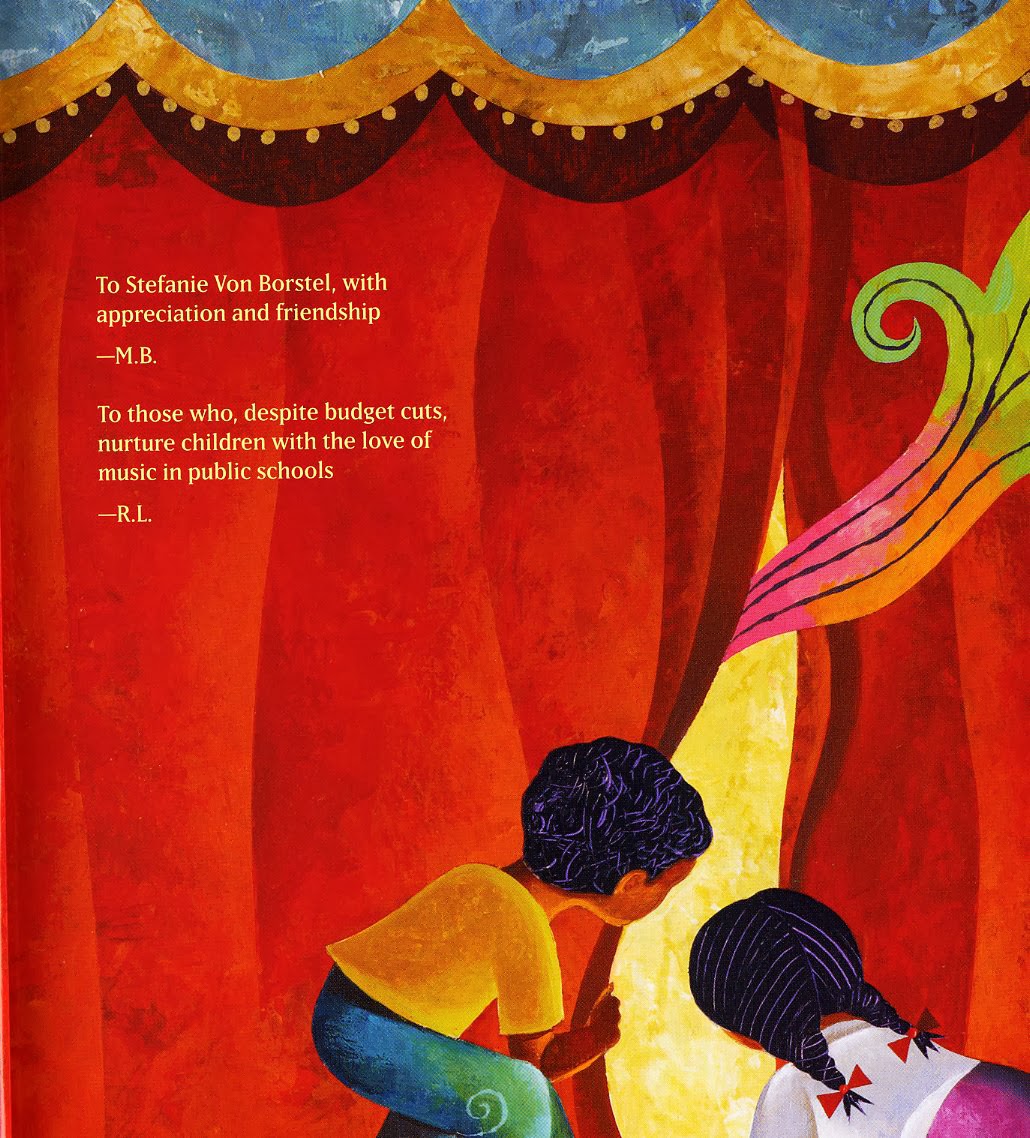 Sunday morning started with the ferry to Coronado Island for a bike ride with my son. I returned home to a call from Ruth Tobar the chair of the American Library Association Pura Belpré Committee. It was the best news imaginable...

Growing up I learned firsthand the life changing benefits of music. As a young child I was fascinated by the shapes of instruments. My uncle Ruben was a gifted guitar player and true bohemian.  He had a radio show at UNAM that introduced indigenous music from Mexico, Peru, Bolivia, Argentina, Puerto Rico, Brazil and Cuba to local audiences. He was an  avid collector of vinyl records and at the time Paris was the mecca of world music. Ruben traveled and studied in France to grow his knowledge of music then shared that passion with others. My uncle taught me to play the guitar at a young age. I have fond memories of weekends where we played music together, poets would recite their work, painters would sketch and my mom's carne asada would fill the air with a delicious aroma. Intermixing with the sounds, exotic and complex, the music got inside me in the biggest way. The surprises I found inside a musical composition impacted me as a young visual artist.

For my son, we chose a public school,where parents and teachers believe in a dynamic art and music program.  It has made all the difference in Santiago's education. Now educators recognize that learning music helps support learning in other subjects. It can impact language development and strengthens the ability to communicate. Music helps you understand yourself and expands your world. I've always believed that every child deserves the chance to experience the life-changing benefits of music. If you learn to appreciate different genres of music you also learn to appreciate differences among people.
Happy this book dedicated to those who nurture love of music in public schools was recognized with a 2014 Pura Belpré Honor. I'm deeply grateful to the Pura Belpré committee, American Library Association, my friend writer Monica Brown, my agents Stefanie Von Borstel and Adriana Dominguez and Harper Collins for getting it out there. Thanks to Tito Puente Jr. for giving a thumbs up to the book. Tito Puente's music continues to fill my studio inspiring my paintings with rhythm and energy.
A big shout out to the other Pura Belpré winners, my friends Yuyi Morales for Nino Wrestles the World and Meg Medina for Yaqui Delgado Wants to Kick Your Ass. Congratulations to Duncan Tonatiuh and Angela Dominguez for their Belpré honors.

The holidays are behind us and I'm looking forward to a trip to Mexico City this coming weekend.

Last week I attended a fantastic concert at the Teatro Angela Peralta here in San Miguel de Allende. Just finished a video featuring the live recording from this performance of the song Volver Volver. It features the passionate voice of Alberto Solis, soulful Gil Gutierrez on guitar and haunting trumpet of Lorenzo Topano. This incredible love song is paired with some of my original illustrations as well as photography I've shot in San Miguel. Thanks to my childhood friend and gifted photographer Edgar Ladron de Guevara for contributing the amazing cantina photographs he took in Mexico City.

This ranchera song written in 1976 by songwriter Fernando Maldonado was made popular by Vicente Fernandez. It tells the story of a heartbroken man who accepts the blame in his relationship with the woman he loves and begs her to return.

Please click this link to listen to Volver Volver. 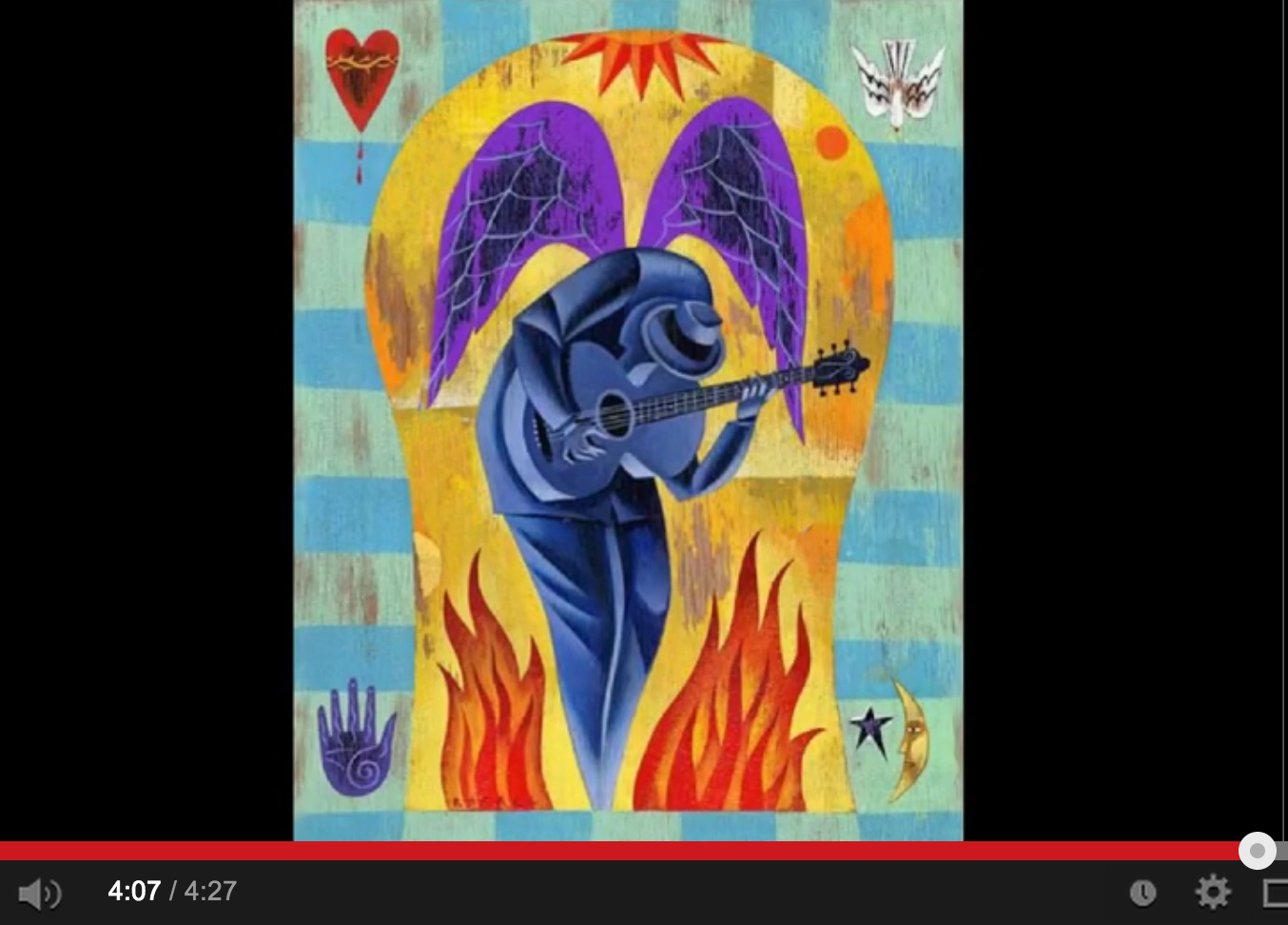 Posted by rafael lopez at 7:36 PM No comments:

Today is more than the beginning of a new year.

January 1, 2014 marks the arrival of a new moon also known as a supermoon. The Moon will be closer to the Earth than usual. NASA tells us our celestial sidekick will be 30% brighter and 14% bigger. To qualify as a new moon the Earth's lunar companion has to come within 224, 851 miles of our planet.


There's a kind of silent energy between the place we call home and our mysterious moon, like a secret dance that's always changing. The moon controls the ocean's tides and helps to stabilize the Earth. Even though the orbit of the moon looks stable it is actually drifting slowly away from us. As it pulls from our planet the seasons will be shorter and our days will be longer.

I've always been fascinated by the moon and it continues to
manifest itself in my work.

The moon is a loyal companion.
It never leaves. It's always there, watching, steadfast, knowing us in our light
and dark moments, changing forever
just as we do.  -Tahereh Mafi 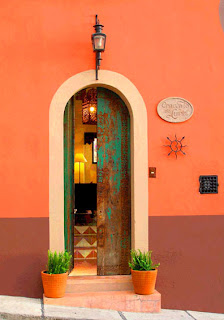 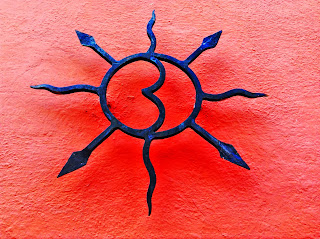 In San Miguel de Allende there is a tradition of naming your house and we named ours Manto de Luna which means cloak of the moon. Our friend, the late great typeface designer Doyald Young surprised us by designing a custom type for the name and we had it cut out of cantera. I designed our house number and incorporated the 3 into a moon icon.
The Moon must be wise at 4.5 billion years old. It's the only celestial body with features that are visible to the human eye. Religions across the globe have references to the moon and it's impact on literature and language is large.


Ancient civilizations who studied the Moon learned to predict it's phases and movements. The Algonquin tribes who lived in New England and westward to Lake Superior gave distinct names to the full moon. January was called The Wolf Moon because as snow gathered deep in the woods you could hear echoes of howling wolves in the cold night air. When the Moon was given it's name astronomers didn't realize there were moons orbiting other planets. The official name of Earth's moon is...well Moon and they capitalize it to differentiate it from all the others. Our nocturnal jewel is the fifth largest natural satellite in the solar system.


I've never seen a moon in the sky that,
if it didn't take my breath away,
at least misplaced it for a moment. -Colin Farrell

Blue moon is a metaphor for a rare event when an extra full moon appears every two to three years. The moon can actually appear to have a tinge of blue when atmospheric conditions and volcanic eruptions result in huge fires that leave particles in the atmosphere.  Scientists think the Moon was formed when an object crashed into our planet 4.5 billion years ago That collision was so gigantic that it sent a huge spray of material into space and that orbiting ring of debris formed the Moon.


There are nights when the wolves are silent and only the moon howls.
-George Carlin

Coral spawns around the full moon and creatures heavily impacted by tides, carry an internal lunar clock. The Bay of Fundy is famous for it's enormous 40 foot tides that occur on a regular basis. The bay's unique geography ensures the amount of time it takes a water disturbance to travel all the way along the bay is the same as the time between the tides. Oceanographers call this a tidal resonance.
As a child I wanted to be an oceanographer. In fact I wanted to be Jacques Cousteau and used to imagine that I could drain the sea dry and go for a walk.

In Book Fiesta I had the chance to paint something I used to do as a kid.
Read to the Moon.
It's 2014. Go out and enjoy the Night Sky. 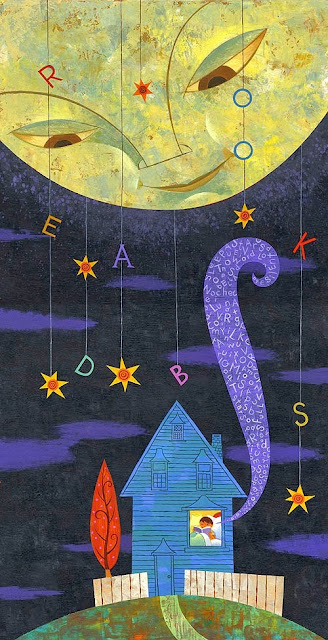 Posted by rafael lopez at 4:11 PM No comments: 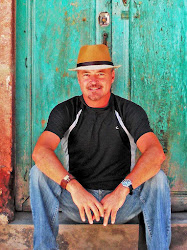